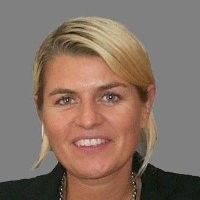 Bente Elin Eliassen Lillemo is currently working as Leader Safety and Sustainability for Mobile Drilling Units in Equinor. She has a Master Degree from 1993 within Petroleum Technology from the University of Stavanger. She started her career in Baker Hughes as an offshore Logging Engineer and after a few years she took on the position as a Directional Driller; she became the first female Directional Driller in Norway; maybe in the world. After 11 years in offshore positions she started in Statoil/Equinor in 2004 as a Drilling Engineer. Since 2007 she has hold different leading positions within D&W, both in the discipline ladder and as a line manager in operations. She has mainly worked with innovative improvement projects and initiatives within remote drilling operations, digitalization, business performance, working processes and lean. She has a passion for improving the way we work in order to improve safety results and increase performance.

Bente is recognized as an engaged and hands on leader with high focus on the people.